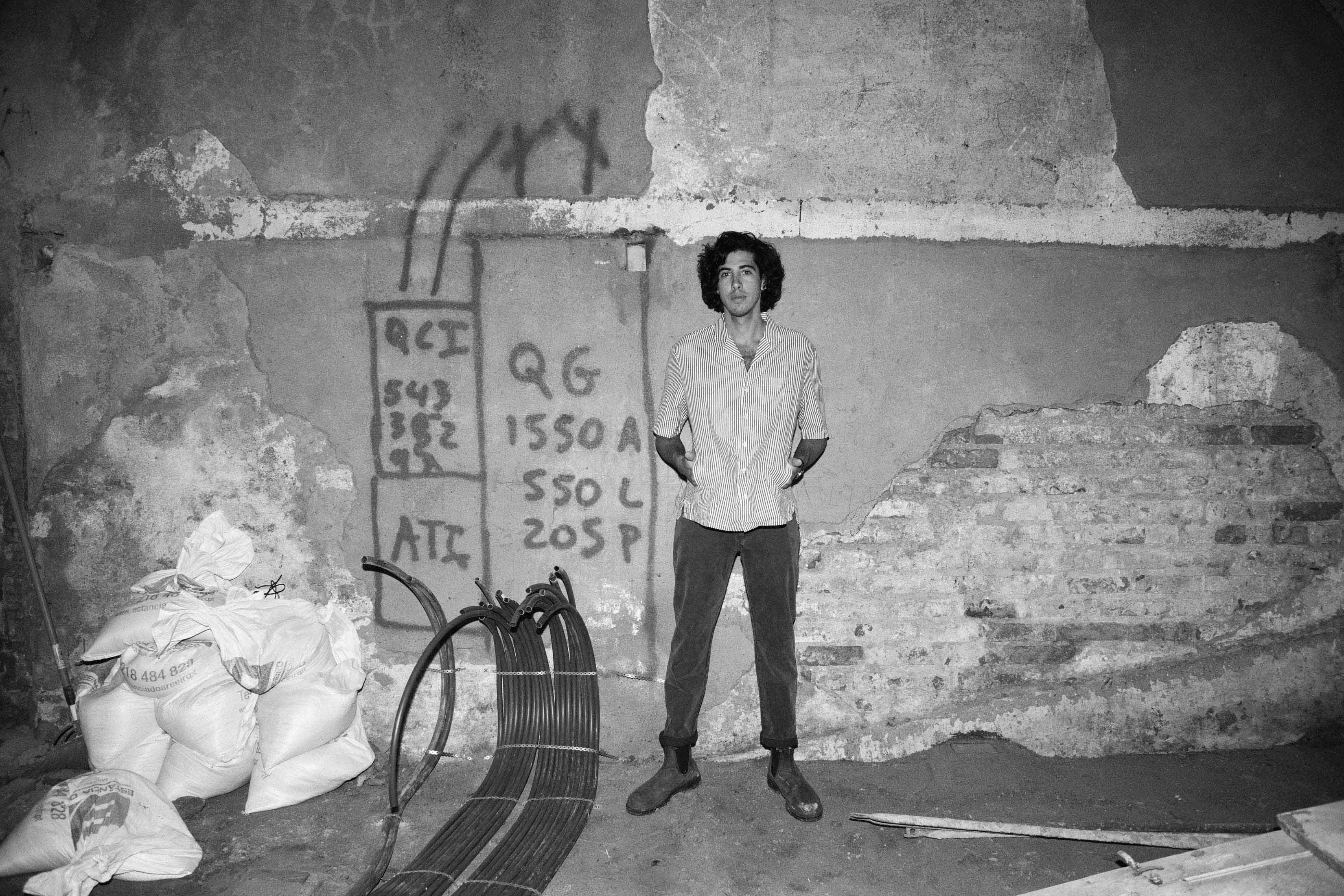 Hanging Out With Felipe,

Felipe grew up in Bogotá discovering and experiencing different music scenes in his early teens. By the age of 18 he went to the States to study, where he started working for the Ministry of Foreign Relations of Colombia. His job took him to Rome where he served as a diplomat for almost 5 years and also where he had his first ever paid DJ gig. Felipe adventured himself in a trip to Japan that led to a period of research in audio and later became one of his motivations to get started with his next project.

Get to know Felipe and his stories. 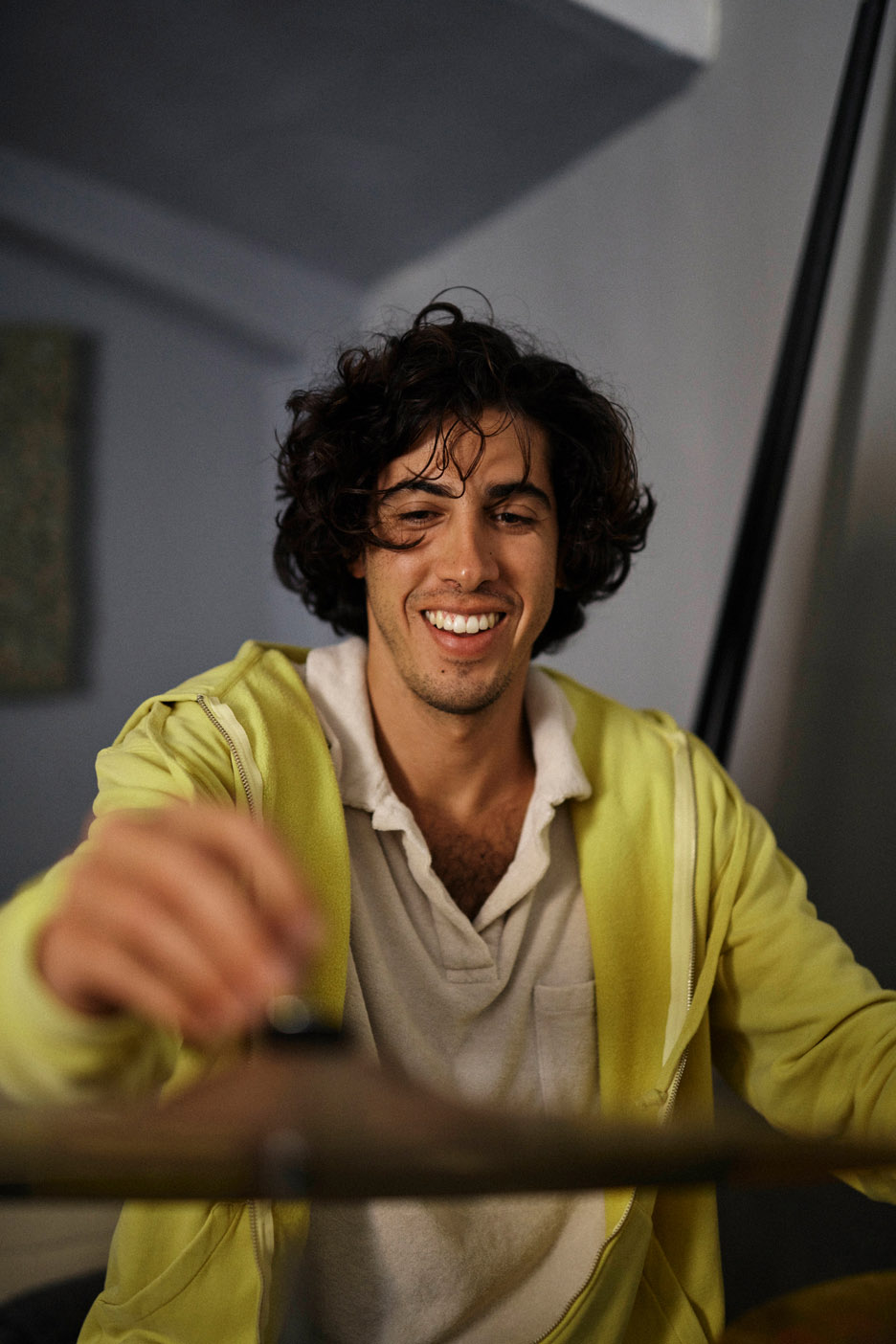 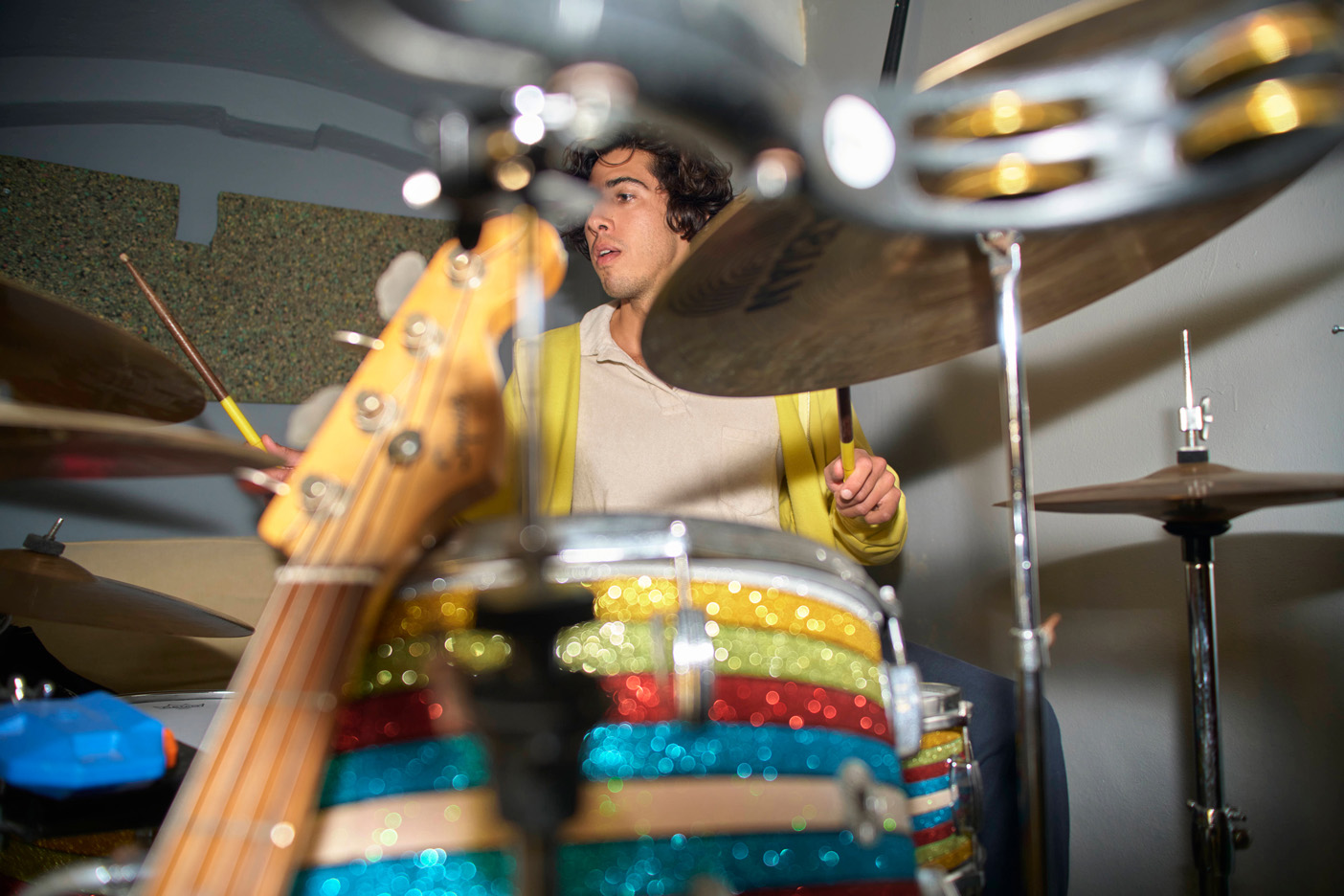 Can you tell us your story so far?

My name is Luísa, I was born and raised in Lisbon, and I love this city. I took a Design degree and I am extremely passionate about color and graphics. Music has always been a big part of my life, it helps me to focus on work and to never stand still. Ever since I was little I have experienced a lot of different genres of music. My mother was always listening to Fado at home, so it’s a genre that I keep very present.

Four years ago I received my first vinyl record, an album and ever since then I haven’t stopped buying music. After that I took some beginner lessons in Djing with a good friend of mine and have become more and more interested in this craft. New opportunities to play started coming up so I began to focus more on Djing, playing mostly in events and clubs. Nowadays I have a monthly program at an online radio - Collect Radio - where I play lounge and dance music.

I fell in love with Surfing couple of years before and had the idea of designing my own home in shipping containers, send them to Portugal and start my new life together with my girlfriend and daughter close to the sea.

Why Pt? Because I was travelling Portugal in my Van for more than 12 years and every time I was spending a couple of weeks at the coastline, first Zambujeira do mar, later I went South where I started to surf. The amazing nature, the Portuguese lifestyle and surfing, it was a dream for me to come there. So at the end I got things done and moved close to Budens / Vila do Bispo, where I enjoy my time, improve surfing day by day and working on my creative projects.

How was growing up in Bogotá at the time you did and where did you go after that?

I was born in Bogotá, Colombia, in the late 80's and lived there until I turned 18, then went to university abroad. Growing up in Bogotá in the 90's and early 2000's was a weird but exciting place. The stories of violence and fear became mixed up with the excitement of your teenage years, as well as the love/hate relationship that is born out of a city that seems dangerous but extremely seductive at the same time. For example discovering music scenes like punk rock in my early teens, when I started drumming and practicing with bands or electronic music a few years later, became acts of rebellion in and of themselves. The people that I have instinctively shared this feeling with are those that grew up in cities like Beirut or Tel Aviv - culturally rich and economically active metropolis which lived within national contexts of violence and warfare, and in which in the back of everyone's mind was the feeling that every time you went out to party or to a concert it could be your last time.

After that I went to university in the States, to Washington D.C and shortly after I started working for the Ministry of Foreign Relations of Colombia, where I was sent to the Embassy of Colombia in Rome, where I worked as a diplomat for almost 5 years. This period was extremely special and sweet for me. Discovering an incredible city, country and culture, letting 'romanitá' seep into my veins every single day. It is truly a beautiful thing when one starts thinking in a language that's not your own and in Rome that started happening to me since early on. It was also here in Rome that I had my first turntable and mixer DJ setup at home and where I had my first ever paid DJ gig, at a place called Cohouse Pigneto, which was yet another mind-bending and life-changing experience. The energy, gratefulness, and pure joy of mixing two records together in front of a receptive and dancing crowd, and then getting paid for it (!!) is a really incredible experience.

Then in a 2016 trip to Japan with my best friend, the famous Felipe "El Chiguiro" Mejia, I visited a listening bar, or audiophile café for the first time. It was another life-changing moment and led to a period of kind of weird research in audio equipment, both old and new, especially in the two years after that in which I lived in New York. Going to audio shows, visiting second-hand stores and collectors of audio gear, led to some really incredible discoveries but also some very awkward moments. In the end of all this, it ignited an idea in me that led to the creation of a new project in the company of some incredible friends that are now business partners. 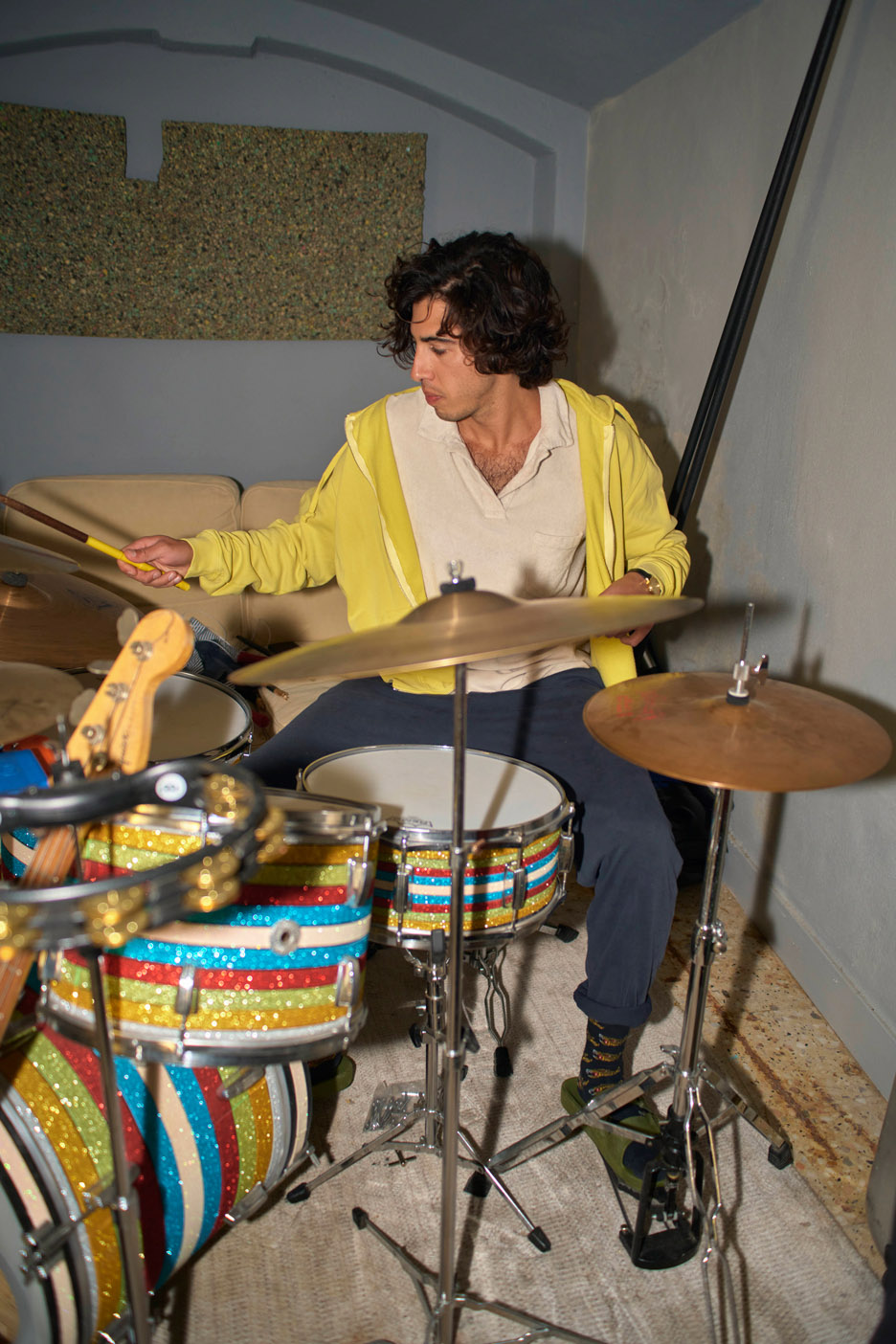 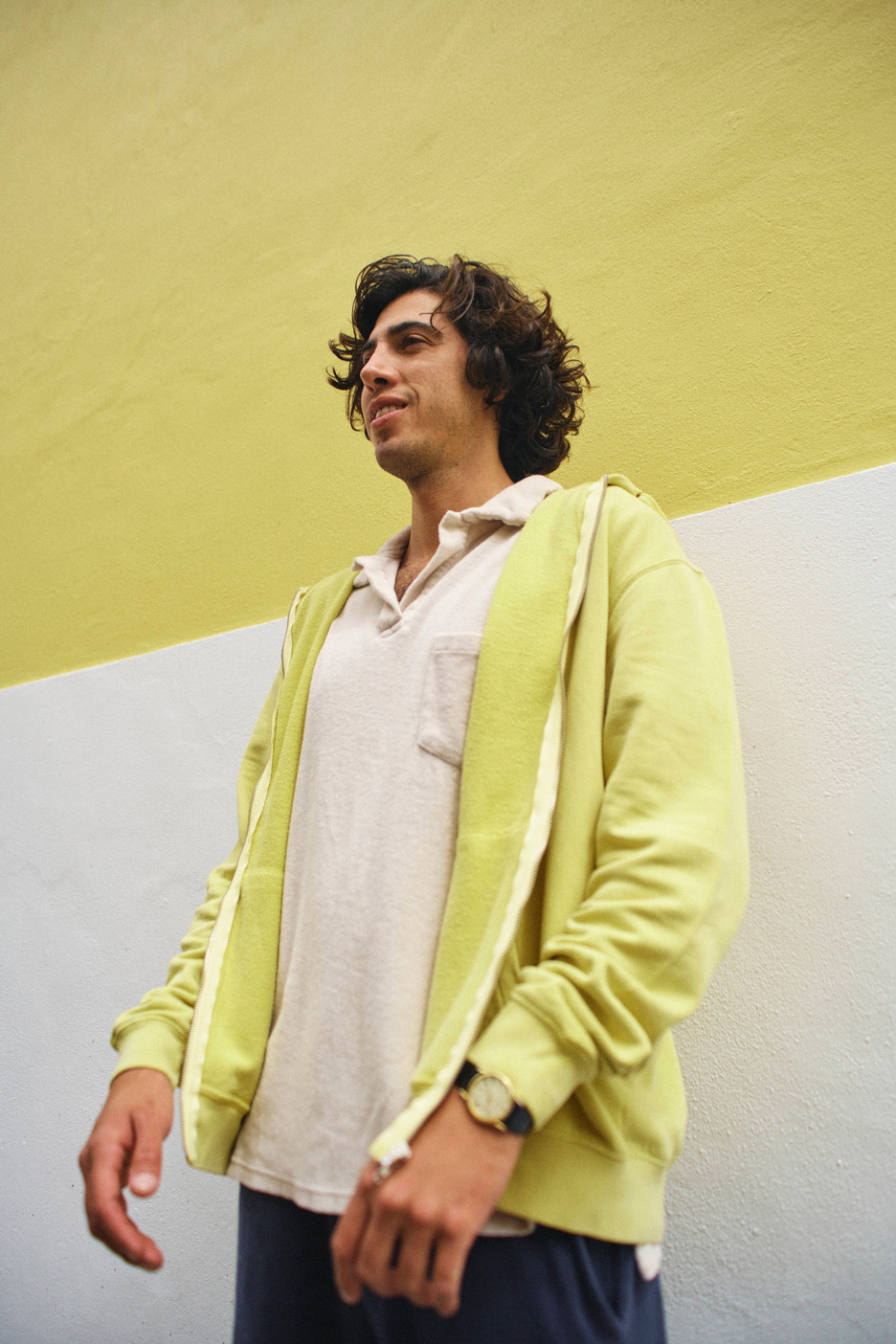 Next steps for you?

First and foremost, open the best space to listen to, dance to and enjoy music that my partners and I have been able to conceive. Secondly, outfitting a camper van to travel around Portugal and then hopefully, finally, learning how to surf!

Best spot in Portugal for you?

Difficult to say. Every time I go to the Costa Vicentina I am astounded by the force and serenity of its natural beauty and the diversity between its different landscapes. Also, the mountains and towns of the Serra de Sao Mamede, especially in the autumn where there are wild mushrooms and chestnuts everywhere! But my aim is to explore the North a lot more as soon as I get that campervan! 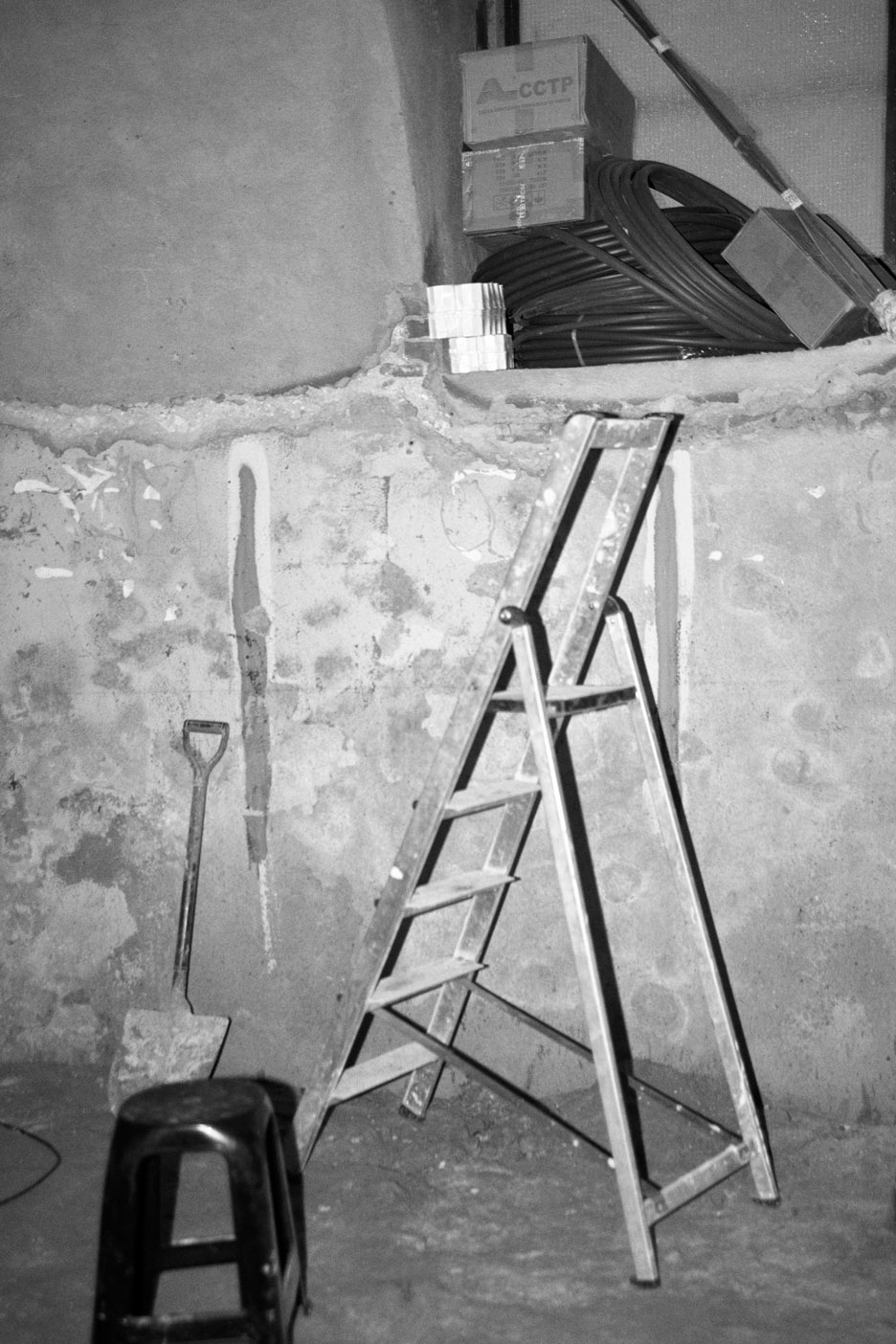 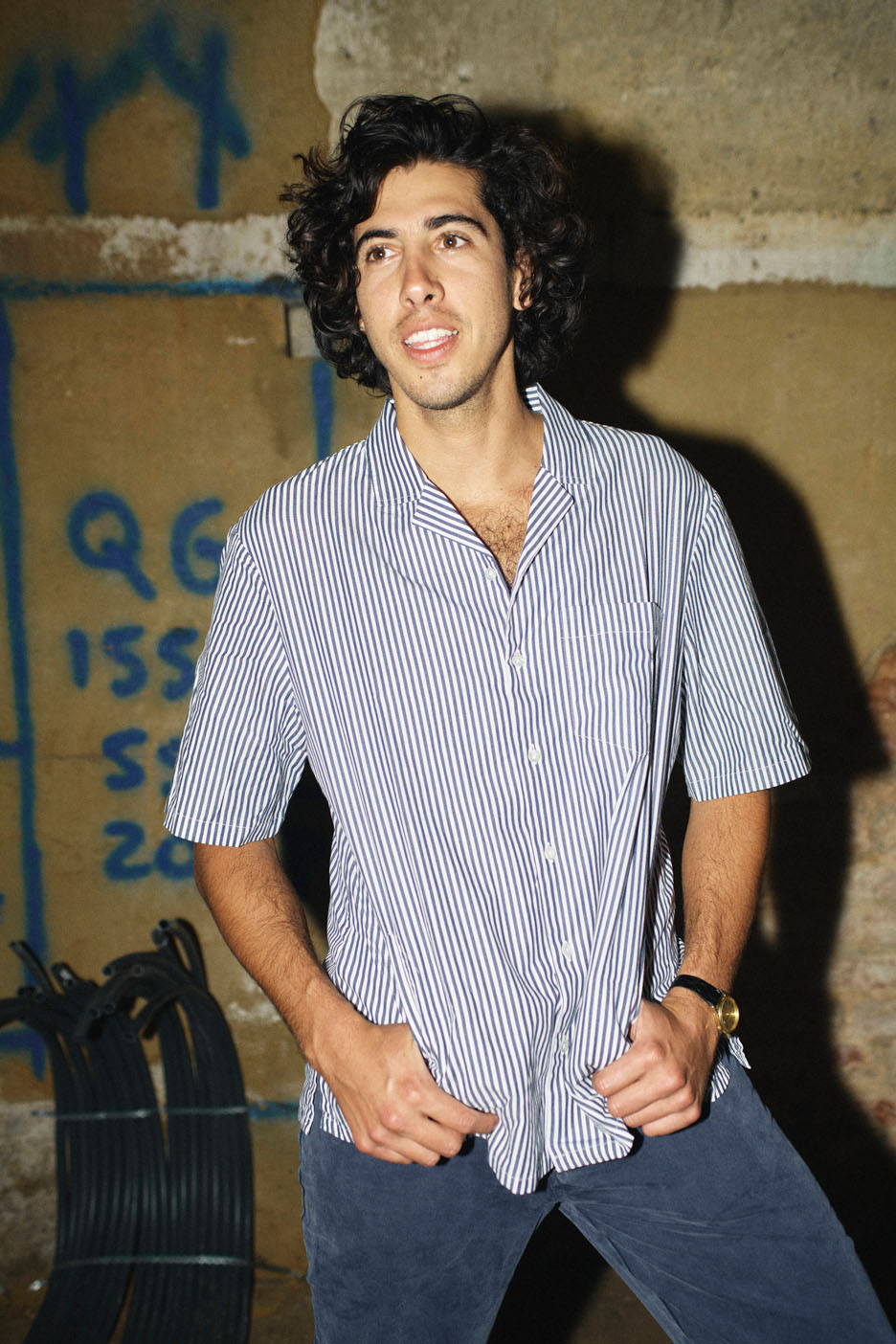 What does style mean to you?

I think style has to do with how you do anything from the smallest detail to the largest task. Style, and taste for that matter, also has a lot to do with your level of curiosity and how far you are able to take this curiosity into research and developing a language of your own. It's how chefs develop a cooking style, musicians develop a language and a style that is uniquely theirs. I believe that someone's style is very strong and recognizable, it becomes almost magnetic, and that's how styles, trends and subcultures make their way around the world.

Where do you find inspiration?

In so many different places. Listening to music, traveling, in genuine exchanges with other individuals, in appreciating nature and doing absolutely nothing, are particular moments that I can remember being struck with ideas.. Walking, I have to say, is an incredible and totally underrated moment where fantastic ideas start to take place. It's a bit obvious, but good music festivals and great art biennials or exhibits are always moments of intellectual recharging for me. 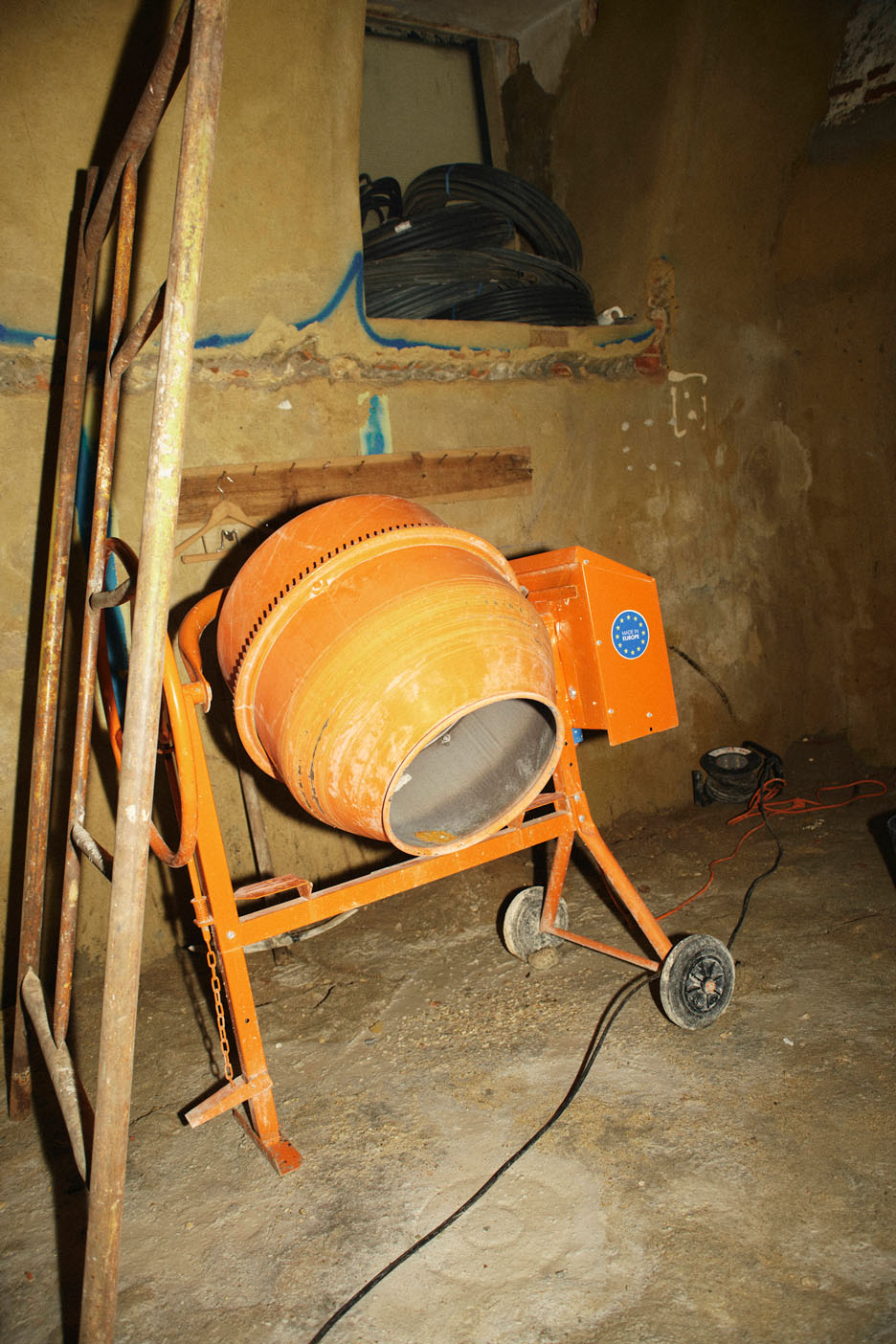 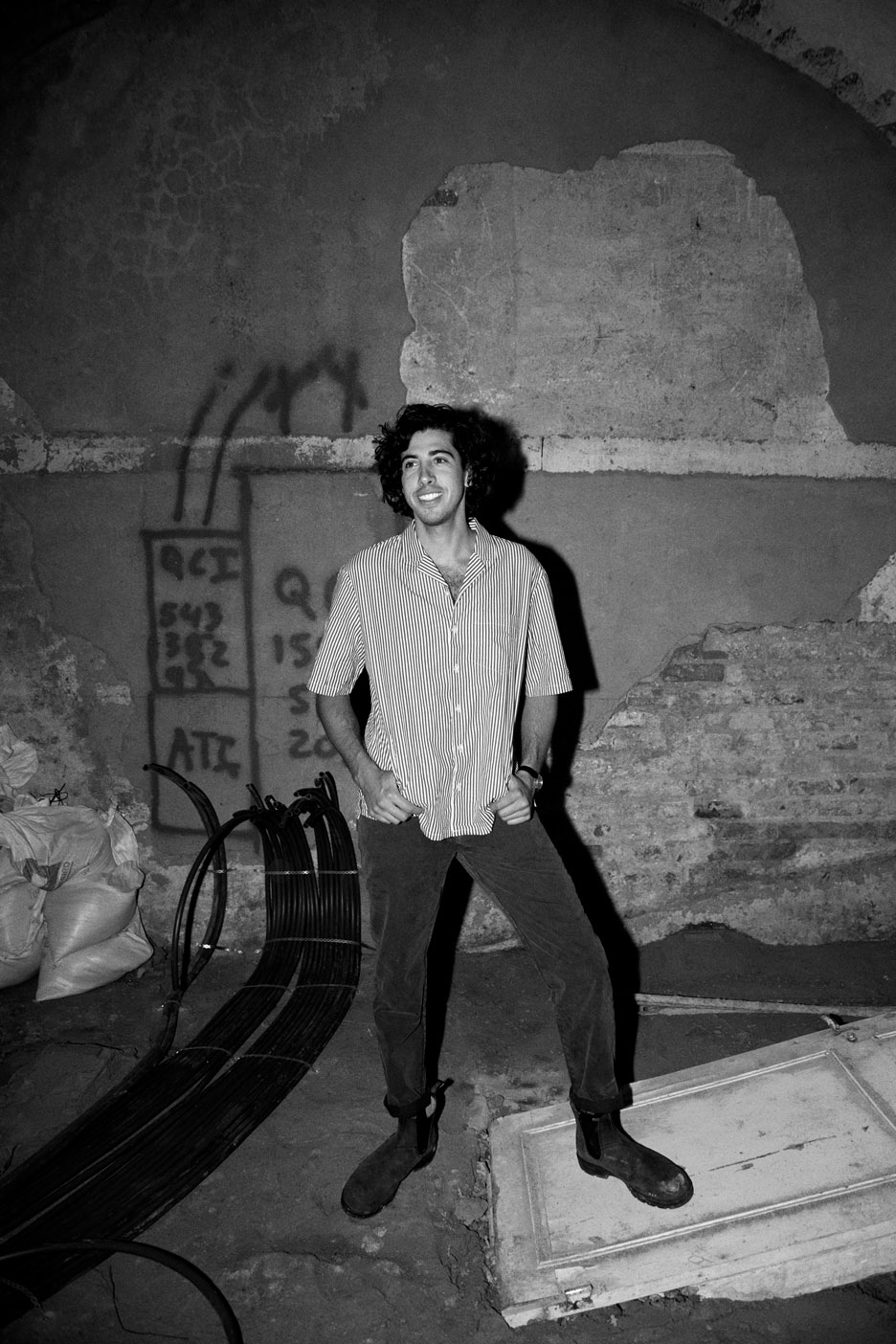 What motivated you to get started with your next project?

That trip to Japan in 2016 and the similar energy that I found in my business partner, Joaquim Quadros.

What's the Band / Music Style / Music Artist that inspires you?

That's a totally mutable and dynamic question, whose answer changes from day to day, week to week, and year to year. Presently I am finding a lot of inspiration in avant garde artists from the 1970's in different European countries, but Italy in particular, that blended sonic experimentation, analog equipment, with traditional instruments, psychedelia and spirituality. Those years which combined the end of the hippie movement with the first few years of analog instruments like synthesizers and the blending of Eastern and Western sounds produced an incredible wealth of great music. It was also a moment when some notable record labels, like Cramps, KPM, CAM and several others were supporting excellent artists and built some outstanding and surprising catalogues. 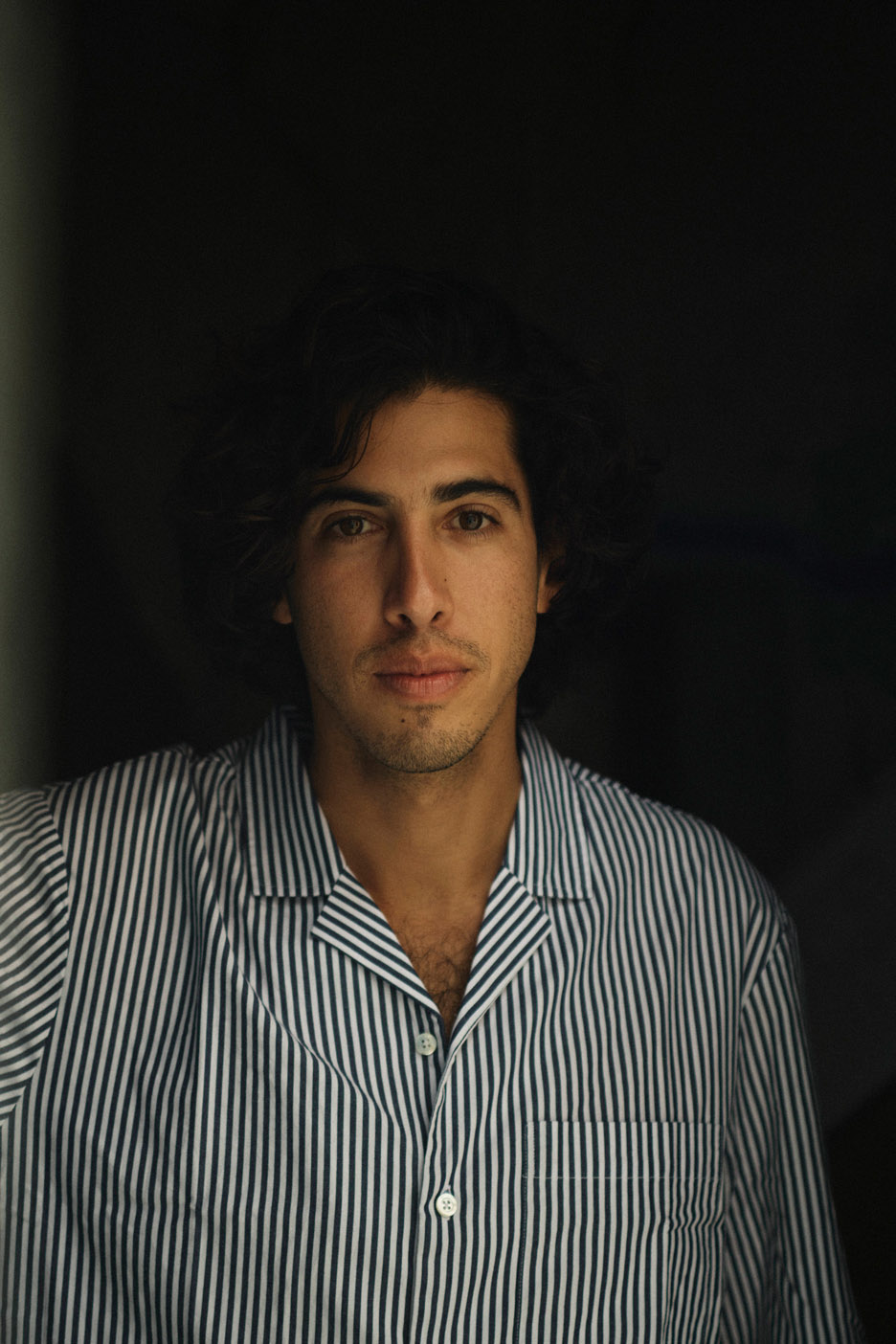 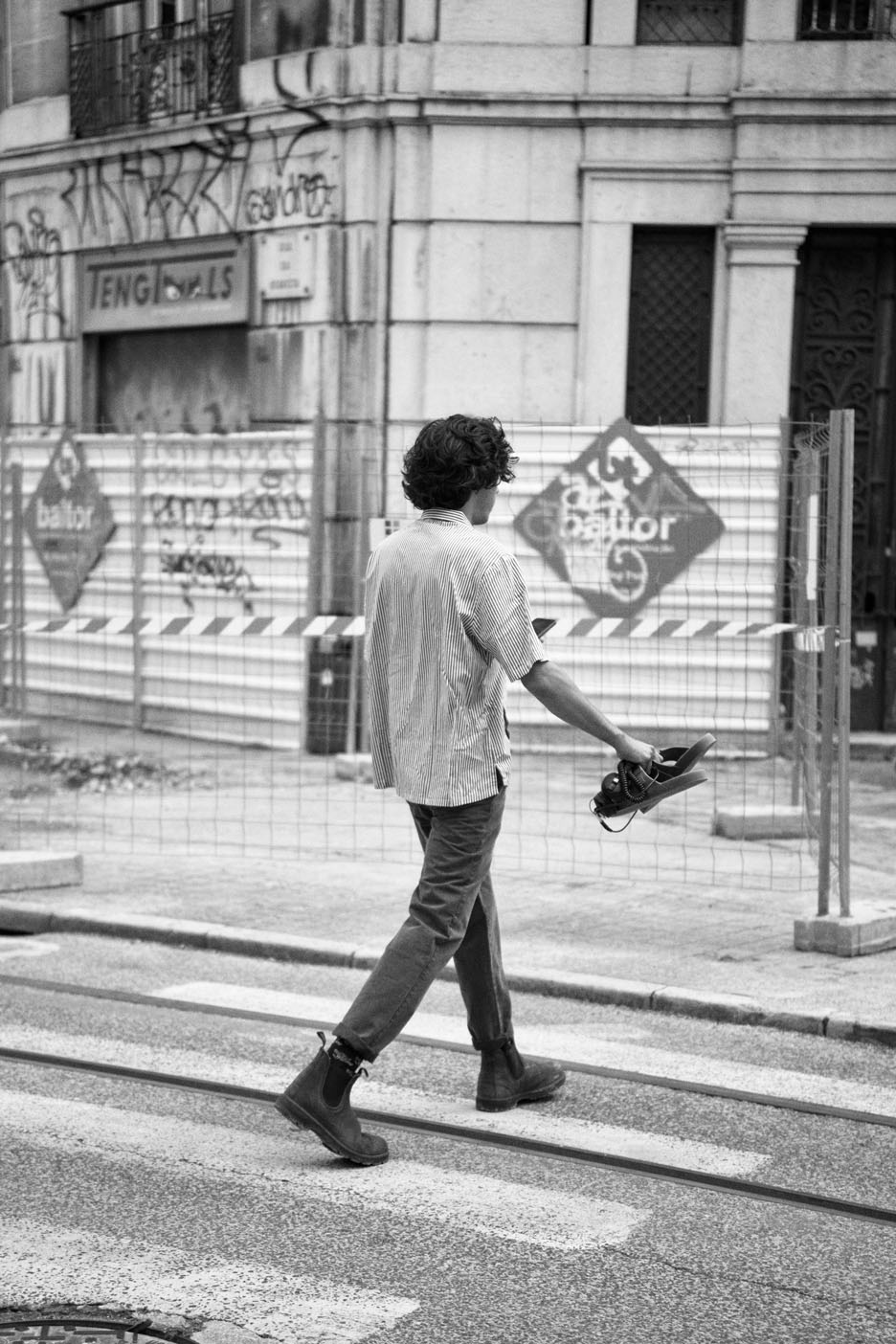 Any guilty pleasure worth mentioning?

A good pastel de bacalhao and a cold coca cola from a glass bottle is an odd pleasure that I have become weirdly addicted to in Lisbon. 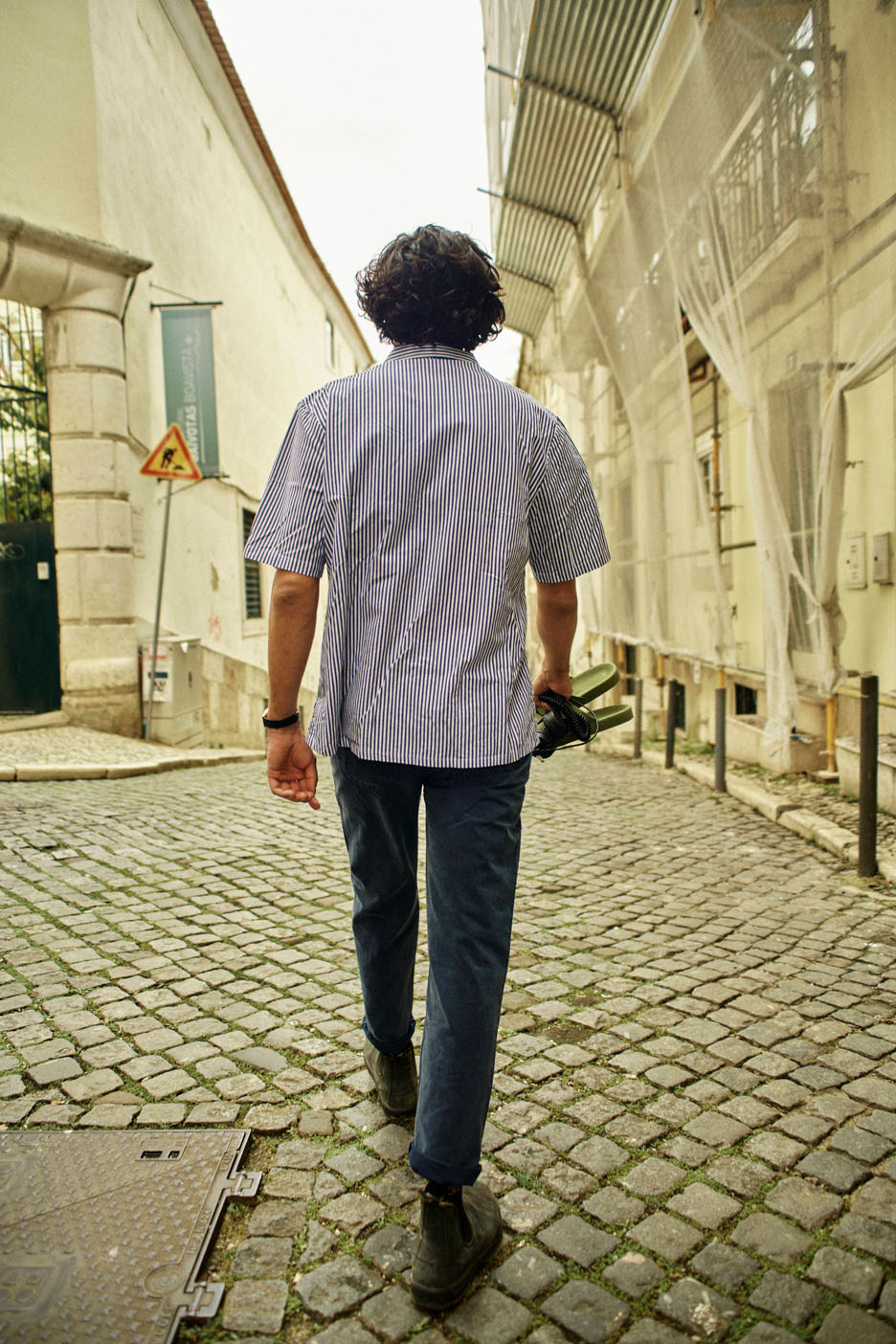 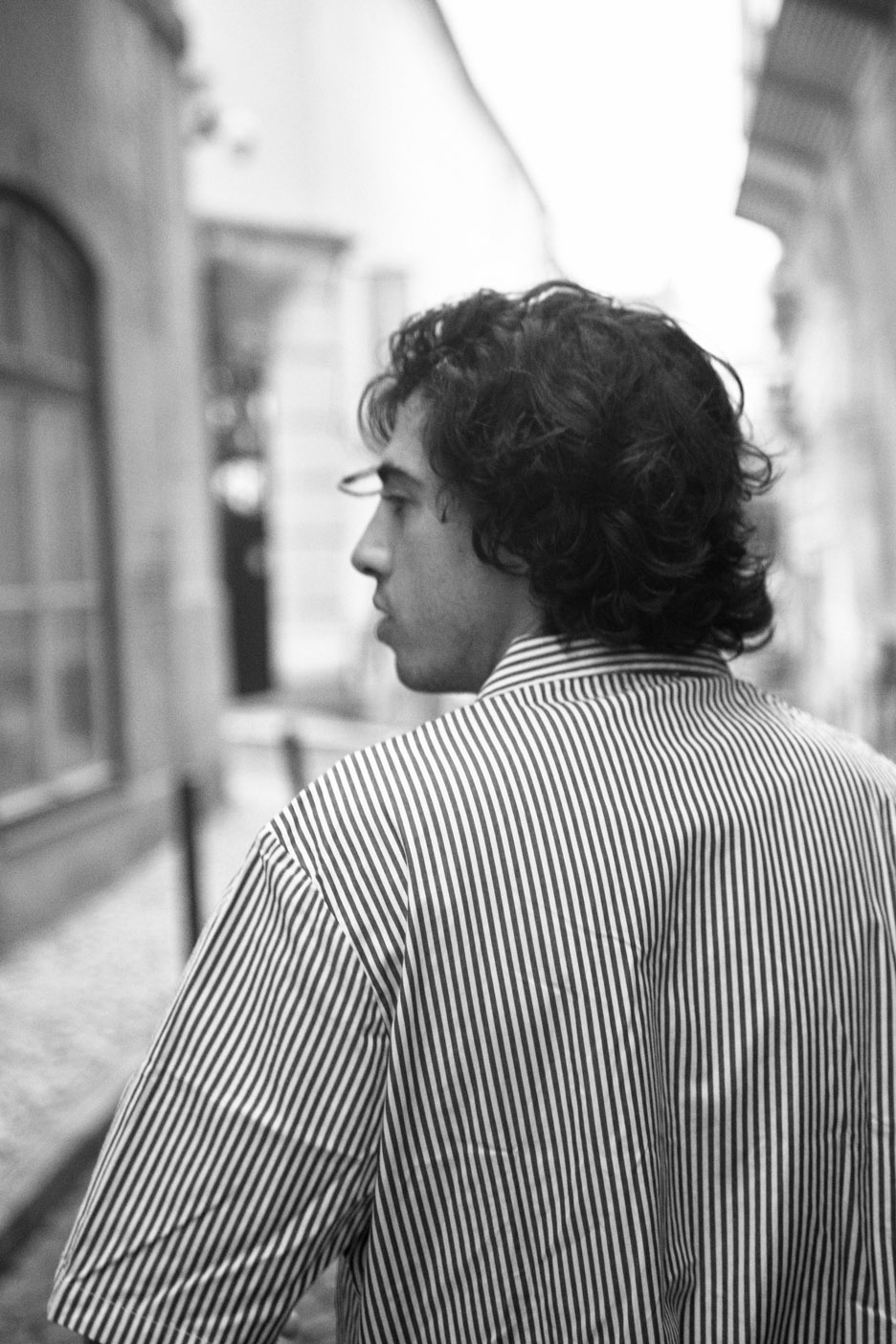 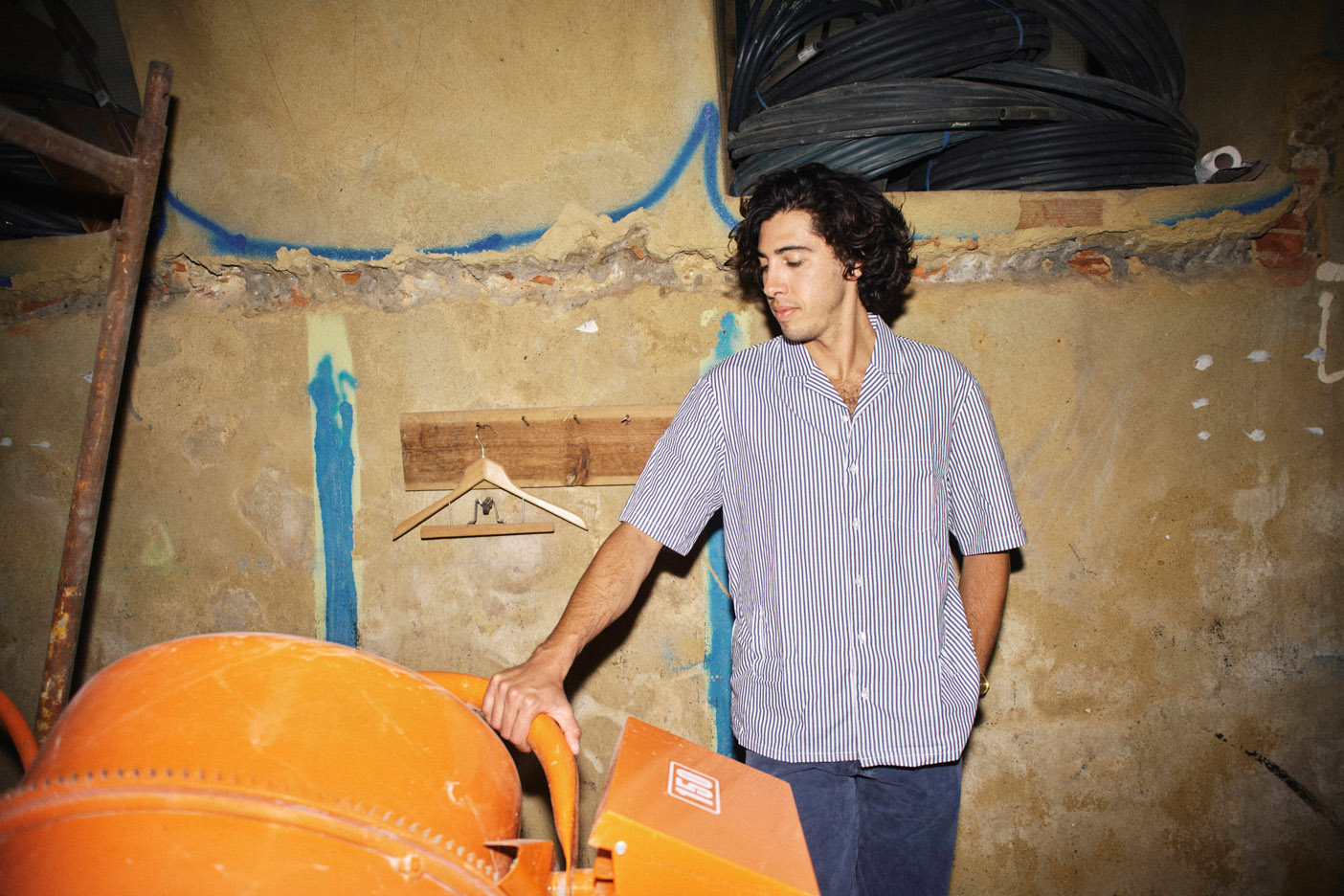 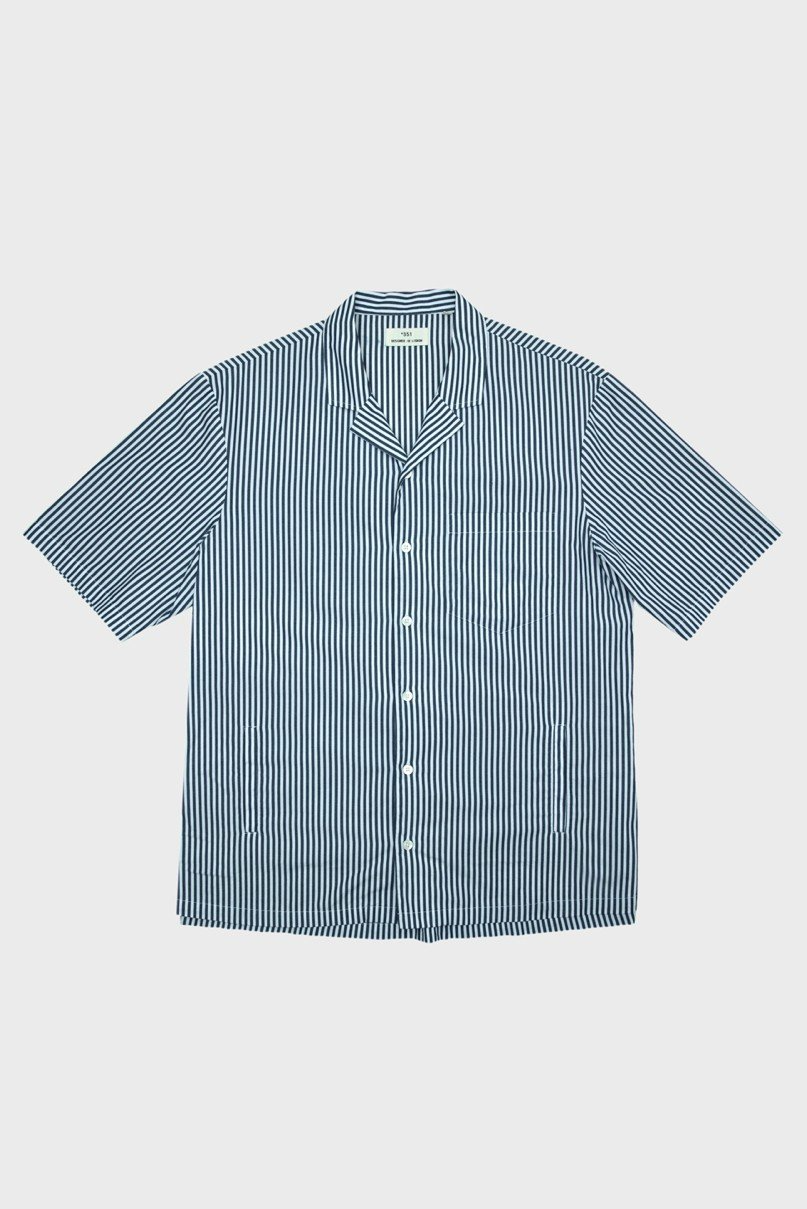 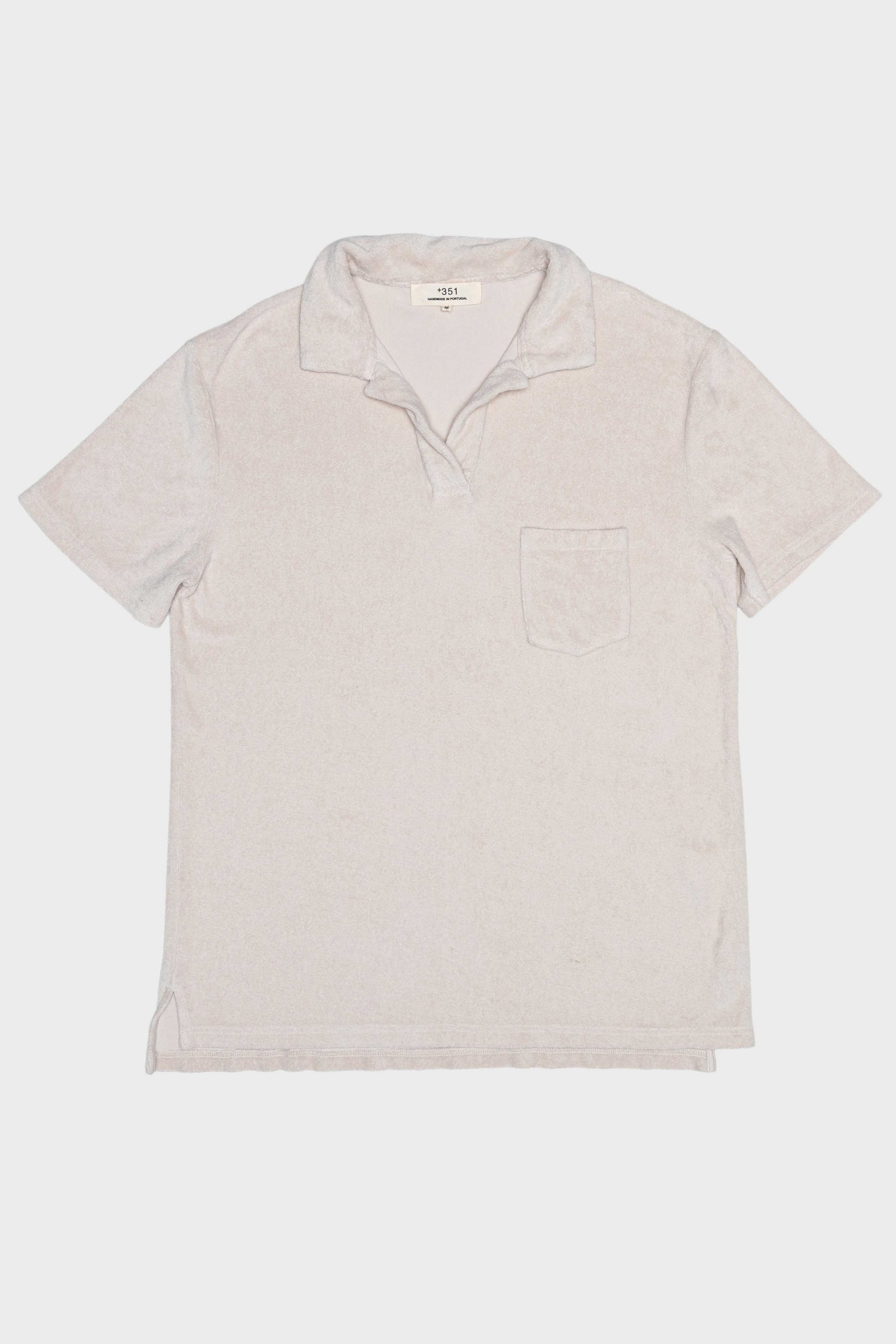 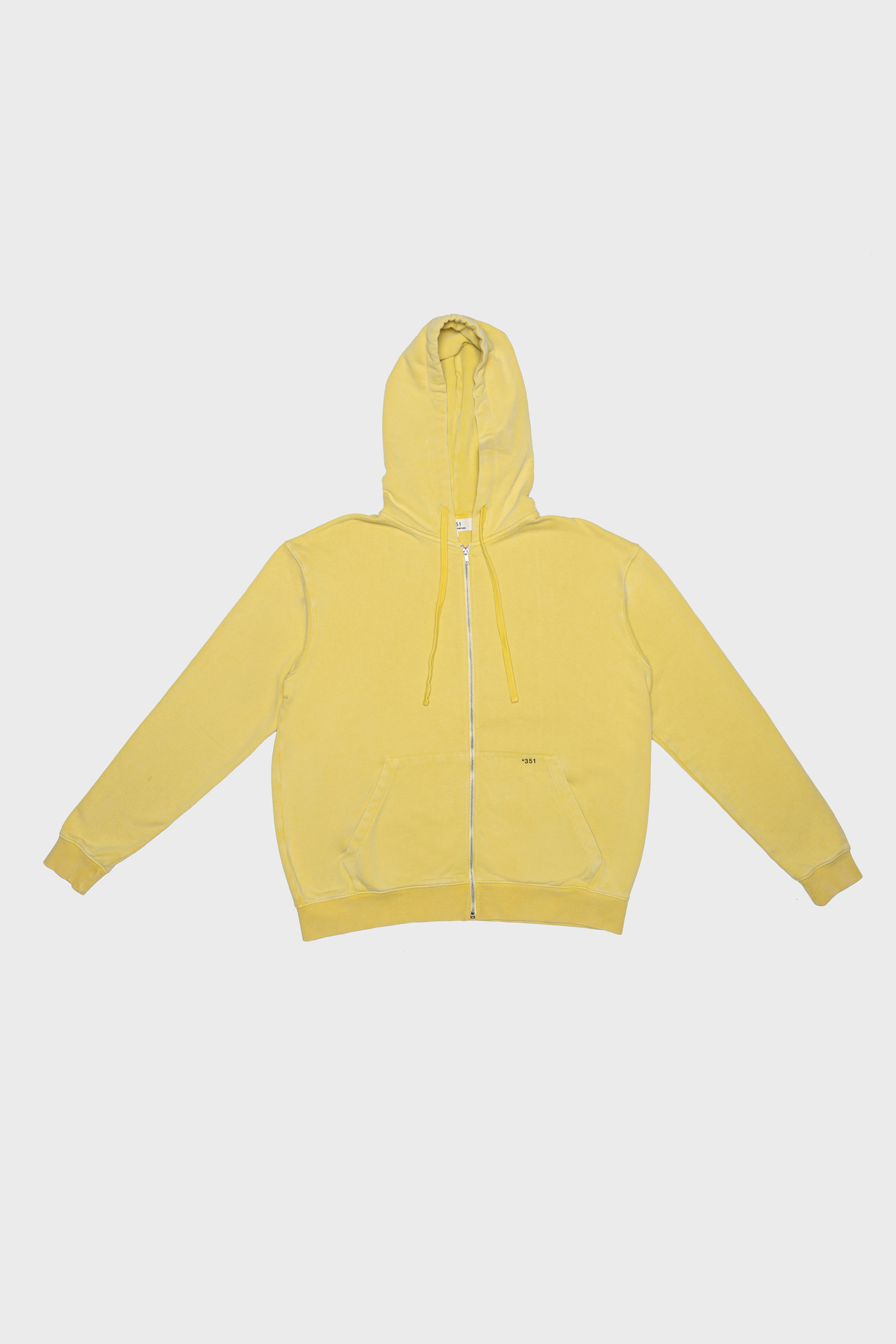 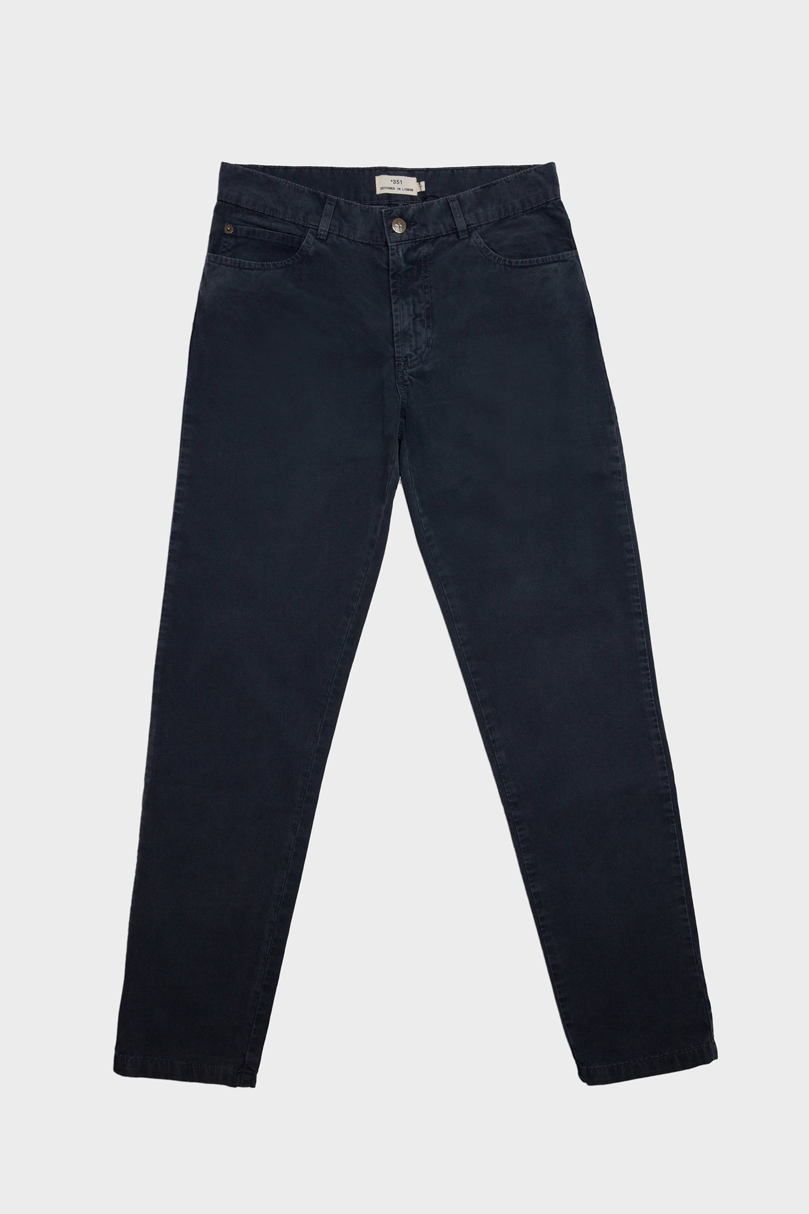 Shop the full the collection in stores and online.